What about parents says the name of their child?

Choosing a name for a child often becomes a major problem for young parents, and decision making can take months. Psychologists recommend to look at the baby, so that the chosen name would suit him, and not be "fashionable", as is customary in the people. 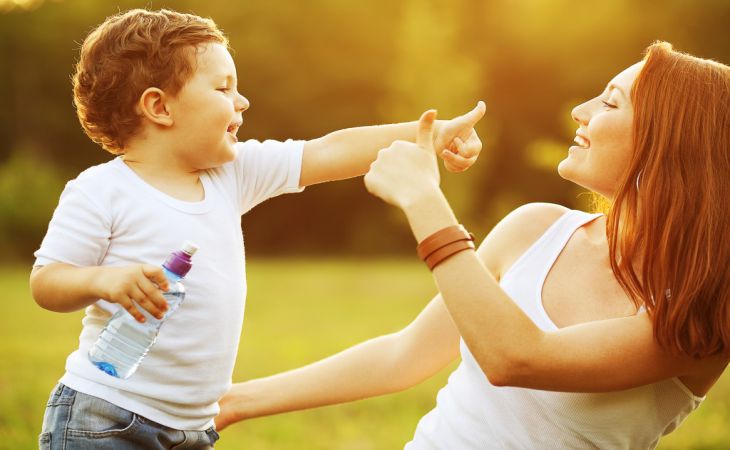 Let us recall how recently your friends and acquaintances called their children (I think many Belarusians have friends of nationality, or Russians, but not Americans at all). However, the children are called Amelie, Miya, David, Daniel, and so on.

In the pre-revolutionary period, the choice of names was carried out according to Orthodox traditions. A child was born, the parents opened the church calendar and watched the saints who have a day of memory on this date.

In the Soviet years, new parents tried to call their children "like everyone else." Now everyone is trying to distinguish their baby against the background of their peers by some non-standard name. For them, the main thing is not only the attention to the baby’s name, but also to the self. People often wonder why this particular name is chosen.

Beyond the time and year names in honor of the heroes, real, or literary. For example, in the 90s the name Yuri (Yuri Gagarin) was relevant.

Examples of originality in the choice of names can serve: TV presenter Victoria Bonya named her daughter Angelina-Letitia, or the children of N. Dzhigurda – son Mick Angel-Krist, daughter Eva-Vlada.

Recent Slavic names also refer to recent trends. Parents who choose such a name for their baby consider the names of their generation very simple and boring, the names from the generation of their fathers and mothers – old, but the names of the times of great-grandmothers are ideal. For example: Evdokia, Timofey, Martha, Arkhip. Unisex names. Parents who call their daughters with such names as: Alexander, Eugene, Leonid, make them stronger, more persistent, more aggressive and fearless than their peers. Parents assume that the qualities inherent in the child’s name will help to achieve success in the future.

The name of a favorite actor, singer, athlete – the desire to be more confident. Quite often, parents enthusiastically call the child after their idol. In the soul of such parents, they hope to indulge, somehow to join the life of the "stars", to bask in the glory. Another option is to give your child the same name as a celebrity baby.

How did you choose the name of your child?